Who bears the costs in estate litigation?

The recent decision of The Estate of Milan Zlatevski; Geroska v Zlatevski (No 2) [2020] NSWSC 388 (‘Zlatevski’) provides an opportunity to consider the different costs orders that are regularly made in estate litigation. In the substantive proceedings the deceased’s son failed to show that the deceased’s last will was vitiated by lack of testamentary capacity or the existence of testamentary fraud.

The prima facie position in Zlatevski was that the unsuccessful son should pay the executor’s costs of the proceedings. However, there are a number of exceptions to the general rule in contested estate litigation; the son endeavoured to rely on two of them.

Where the testator has been the cause of litigation, or those interested in the residue of the estate have been the cause of the litigation, the costs of unsuccessfully opposing probate may be ordered to be paid out of the estate (Lippe v Hedderwick (1922) 31 CLR 148, 154-155; [1922] HCA 44; Trustee for the Salvation Army (NSW) Property Trust v Becker [2007] NSWCA 136 at [125]). There are many such cases and each is fact sensitive, however, common examples include construction suits; where the deceased’s intentions cannot be given effect; and where the conduct, habits and mode of life of the testator have given the defendant reasonable grounds for questioning the testator’s mental capacity (Perpetual Trustee Co Ltd v Baker [1999] NSWCA 244 at [14]; Shorten v Shorten (No 2) [2003] NSWCA 60 at [14], [19]–[20]). See also, Re Eger; Heilprin v Eger, 4 February 1985, Powell J, unreported.)

In Zlatevski, the son said there were doubts about the deceased’s testamentary capacity because, as the Court acknowledged in the substantive judgment, (The Estate of Milan Zlatevski; Geroska v Zlatevski [2020] NSWSC 250), the deceased held mistaken beliefs and had views which may have involved inaccuracies or exaggerations. The son pointed to the objectively irrational action of his father excluding his only son from his estate, a person with whom the deceased lived for 25 years.

The Court noted that the deceased had not conducted his life in such a way as would naturally lead others to suppose that he was of unsound mind, such as by acting strangely or engaging in threatening or violent behaviour (as existed in Perpetual Trustee Co Ltd v Baker). There was no lay or medical evidence that raised doubts as to the deceased’s mental capacity. There was no evidence of suspicious circumstances surrounding the execution of the deceased’s will, or evidence that raised doubts as to testamentary capacity because of the manner in which the deceased went about making his will and keeping it (as existed in Gray v Hart; Estate of Harris (No 2) [2012] NSWSC 1562 (‘Gray v Hart (No.2)‘). 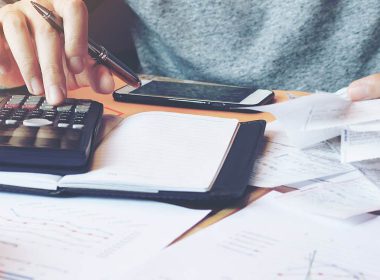