Burnout has become a hot topic for professionals in 2019 and millennials are not the only employees at risk. As “flexible work” continues to invade our private lives, lawyers are being asked to handle the heat or wither.

It was a mild Thursday morning in March. Natalie Goodall, a 27-year-old lawyer from a small firm in Griffith, was driving across the scrublands of central NSW to meet with clients at her firm’s sister office in the country town of Hillston.

It wasn’t the first time Goodall had made the 1.5-hour journey between Griffith and Hillston. She’d been travelling out and back along the same ruler-straight section of road every second Thursday for an entire year, with not even a flat tyre to show for it.

But knots had been twisting in Goodall’s belly from the moment she pulled her dusty Honda CRV out of the driveway that Thursday. And, as she raced across the outback plains at 100km/hr, panic struck her like a semi-trailer crashing headfirst into her hatchback.

“All of a sudden, I couldn’t breathe,” says Goodall. “It was like I had been winded, like when you have just chased down the ball in a hockey match, and you cannot get a breath in. The oxygen tap just shut off.”

She tried blasting the air-conditioning, but wind dripped into her lungs in gasps. She was sweating, her toes were tingling, and black circles began to drift into her vision. When she finally spotted a truck parking bay and pulled over, Goodall realised she was having a panic attack.

“It honestly felt like I was dying, which is a really weird thing to describe,” says Goodall. “My body had gone into fight-or-flight mode and began shutting off non-essential senses.

“Finally, I called my mum and screamed, ‘I’m having a panic attack!’ and she went into major mum-mode and talked me through it.”

Goodall says the panic attack shocked her but, looking back, she is surprised it didn’t happen sooner. Like many country lawyers in small practices, she was responsible for an army of client files – 170, she discovered, when the team examined her workload. Many of these were what she calls “dead” files – not active or progressing, but still hanging over her head. She had refused to alert the firm principal because her colleagues were just as busy covering two staff on maternity leave.

Goodall was taking work home with her most nights and the constant pressure of meetings, phone calls, emails and text messages meant she had not slept soundly through the night in more than a year.

“Looking back, I was miserable,” she reflects. “The panic attack was a physical sign that I wasn’t coping.” Looking back, I was miserable, stressed and overwhelmed. The panic attack was a physical sign that I wasn’t coping.

Now 28, Goodall is one of the many millennials who make up the so-called “burnout generation”. This term became popular in January when BuzzFeed journalist Anne Helen Petersen detailed the socio-economic factors that have made burnout seemingly so pervasive among young professionals.

Millennials, as Petersen writes, are the first generation to be worse off financially than their parents’ generation. They entered the jobs market during the financial crash of 2008, when the graduate positions their expensive university degrees promised had suddenly disappeared. Since then, they’ve been forced to ride dramatic changes in the work environment, including the rise of the gig economy and what some might call the demise of unions and the employment rights they protect.

This has bred a new generation of over-worked, under-paid and disillusioned young people who are constantly spinning their wheels to inch ahead in competitive jobs markets.

“I think solicitors, particularly young solicitors, can employ unhealthy work practices because they think that [constant availability] is what is necessary,” says Malcolm Gittoes-Caesar, a family lawyer of more than 15 years and Principal at Coleman Greig Lawyers in Sydney. “Emails arrive straight away, and the advent of mobile phones means solicitors can’t take a breath. They work long hours and take work home, they’ll take calls on their mobiles and take calls on weekends.”

If we are to believe media reports, burnout has become a standard workplace hazard for many young lawyers in top-tier firms. Articles published in the Australian Financial Review in January, which claimed to interview more than 30 young corporate lawyers who worked on the Banking Royal Commission in 2018, cited lawyers working past midnight, weekends and 14-hour days as unnervingly common. One anonymous complainant reportedly told a SafeWork NSW investigation that some lawyers slept in their offices “60-80 nights per year” (an average of more than two nights per week). LSJ has heard similar anecdotal reports and previously exposed the “bloody terrifying” experience that many graduate lawyers face when starting their careers.

But while most of the coverage has focused on millennials, they are not the only workers suffering.

Gittoes-Caesar, now 43, became so burnt out mid-way through his career that he was diagnosed with clinical depression in 2013. He was 36 years old, a member of the pre-millennial “Generation X” (born between 1961 – 1981), and had been working so hard at management level in a small family law firm for so long that he couldn’t switch off.

Today, he sees himself as a person with a “sunnier” disposition, but he describes his mood during that period of his life as “grey”. Emails arrive straight away, and the advent of mobile phones means solicitors can’t take a breath. They work long hours and take work home, they’ll take calls on their mobiles and take calls on weekends.

Psychologists Schaufeli, Leiter and Maslach published a paper in 2009 called Burnout: 35 years of research and practice. This paper found a link between burnout and the type of work and environment professional services workers find themselves in today.

“An overarching development … that seem[s] to have fostered burnout is the rapid and profound transformation from an industrial society into a service economy that took place in the last quarter of the past century,” the authors wrote.

Anna Hinder, Director of Searl Street Consulting and a 15-year advisor to large law firms on handling workplace stress, explains that burnout was not recognised as a “condition” until the 1990s.

“If you think of a goldsmith or engraver in the late 1800s, they stopped work when the light ran out, or when the unions said they couldn’t work any longer,” says Hinder. “They didn’t get burnt out because they arrived home at 4 or 5 o’clock when it was dark, they couldn’t do work on any sort of iPhone or digital device, and they got 12 hours sleep.

This might seem a dark statement, but it’s one with which Professor Greg de Moore, a clinical psychiatrist and Professor of Psychiatry at Sydney’s Westmead Hospital, agrees. De Moore sits on the board at Minds Count, a mental health organisation for lawyers that was set up in memory of Tristan Jepsen, a UNSW law student who took his own life at just 25 years old. He can count at least two lawyers visiting his emergency rooms after similar attempts on their own lives in the past 12 months.

De Moore explains that burnout is on the “spectrum” of mental health disorders but is not recognised as a medical diagnosis like depression or anxiety.

“Essentially, it is a concept that refers to ongoing, chronic stress,” says de Moore. “Think of an elastic band that has been stretched for too long – it loses elasticity.

For city lawyers, de Moore says the pressure of impossible billable targets is a commonly-cited cause for burnout. But while regional lawyers like Goodall report slightly fewer hours in the office, they are under arguably greater pressure as the sole practitioner dealing with a myriad of clients and legal problems.

“The pressure is all on you. The client only has you.” The rising toll of ‘snowflake mentality’

The risk for burnt-out lawyers sliding south down the “spectrum” of serious mental illnesses is well-documented. The University of Sydney Brain and Mind Research Institute published its landmark paper Courting the Blues: attitudes towards depression in Australian law students and lawyers in 2007, surveying nearly 2,500 Australian law students, solicitors and barristers about their mental health. Thirty-three per cent of lawyers and 20 per cent of barristers reported that they were suffering disability and distress due to depression. This compares to 17 per cent of the general population who are suffering a mental illness, according to the Black Dog Institute.

Most large law firms are aware of these figures and run mental health awareness programs under corporate jargon terms like “wellness”. The [email protected] program, founded by Allens Linklaters, Ashurst, Clayton Utz, Herbert Smith Freehills, King and Wood Mallesons, Henry Davis York, Minter Ellison, Norton Rose Fulbright and The College of Law, is one such popular awareness campaign. But many working in the profession question whether these programs represent an honest commitment to reducing long hours and damaging working cultures.

“I think we are nowhere near speaking about these things openly and honestly,” says Greg de Moore. “Most of the lawyers who speak about these things in public are either partners in a safe position, or they have moved on. How many young lawyers have you seen speaking about their mental health struggles? If you put your hand up, you think you’ll be end of the line for partnership.”

The idea that firms are simply paying lip service to mental health is not an isolated one. When I posted de Moore’s question about young lawyers and mental health on a LinkedIn post in January, the post received more than 200 responses and was viewed nearly 50,000 times. No fewer than 25 lawyers sent me private messages detailing fears and repercussions they had experienced for speaking out about mental health.

“No junior lawyers declare any mental health issues or ongoing health issues,” surmised one graduate from a mid-tier firm in Sydney. “Anyone who does, regardless of firm policy, is treated as though they are ‘delicate snowflakes’ and that they aren’t ‘serious’, nor are they ‘capable’.”

Anna Hinder believes many firms have taken positive steps towards acknowledging mental health risks for lawyers in recent years. However, she warns that any meaningful progress would require serious and unwelcome changes to the way law is practised.

“What is required to manage mental health is a type of law firm we’ve never seen,” says Hinder. “The number one feature would be that partners would take home less money. People would be doing less, they would be happier doing it, and lawyers would earn similar salaries to the rest of the population. It’s impossible to work such ridiculous hours and earn huge salaries and be mentally healthy. You can’t have your cake and eat it too.”

That sort of law firm seems a long way off for Natalie Goodall practising general law in regional NSW. She is earning a lot less than city-based lawyers her age. Her workload has eased slightly since her panic attack – she now manages a mere 100 client files – but the risk of burnout is unrelenting.

“All my colleagues have been really understanding and Ian [the firm principal] encouraged me to take time off work, but the reality is we are all extremely busy,” says Goodall. “In the end, I have to be responsible for my mental health. I go to the gym, I walk my dog, I meditate. Whenever I’m feeling really anxious, I go through a core checklist of ‘Have I eaten well? Have I exercised? Have I slept? Is my space around me clean?’”

I ask Goodall whether she has time to enjoy her work. Is it nice to get out of the office on those fortnightly drives to Hillston? She admits it is “fulfilling” but doesn’t use the word joy.

The Solicitor Outreach Service (SOS) is an independent and confidential psychological counselling service for NSW solicitors. Call 1800 592 296 to access this service, or visit https://www.lawsociety.com.au/sos to learn more. 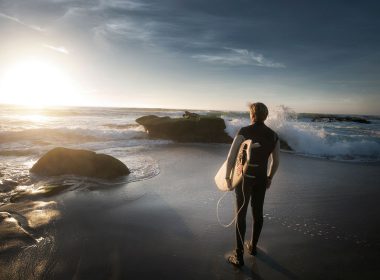 How to recognise, avoid and recover from burnout