Beware of unfair general security terms when dealing with SMEs

In the recent decision of Lobux Pty Ltd v Willshaun Pty Ltd [2022] FCA 204, handed down on 11 March 2022, (‘the Lobux case’), the Federal Court of Australia found that a general security clause contained within a standard form contract was unfair under the Australian Consumer Law (Schedule 2 Competition and Consumer Act 2010 (Cth)) (‘ACL’) and accordingly void and unenforceable.

In this case, Lobux (‘the Secured Party’) had partially completed manufacture of a ‘Hooklift Backdoor Vacuum Tank’ (‘the Item’) for Willshaun (’the Small Business’). The item was to be used for waste transport purposes by the small business. Prior to completing the item, the small business removed it from the secured party’s possession to have some works done to it, but the item was never returned and the balance of the purchase price was unpaid. The small business proceeded to use the item in its business operations.

The small business sought a declaration from the Court that the secured party should be prevented from enforcing its security interest on the basis that the relevant clause in the Contract was unfair and therefore void in accordance with section 250 of the ACL. The Court agreed.

Under section 24 of the ACL, ‘a consumer contract or small business contract is unfair if:

Effect of the ACL on PPSA registered security interests

Under clause 12 (Security and Charge) of the Contract, the small business agreed that in consideration of the secured party agreeing to supply the item:

‘the Customer charges all of its rights, title and interest … in any land, realty or other assets capable of being charged, owned by the Customer either now or in the future, to secure the performance by the Customer of its obligations under these terms and conditions’.

The Court found that the Contract already had protections in favour of the secured party through retention of title of the item until all amounts owing were paid. The additional general security under clause 12 was excessive and created ‘a significant imbalance in the parties’ rights and obligations arising under the agreement’.

The Court noted it was ‘self-evident’ that clause 12 would cause detriment to the small business if the secured party sought to rely on it.

Interestingly, in coming to its decision, the Court did not consider the administration risk to the secured party if the small business became insolvent and that in making the general security clause unenforceable it would not have the ability under the Corporations Act 2001 (Cth) to appoint a receiver to the company (as the secured party would not have security over ’all or substantially all’ of the small business’s assets).

As a result of this decision, secured parties that seek to rely on general security clauses as additional comfort when dealing with consumers or small business customers will need to think twice. One practical consequence of the decision may be that standard form contract general security clauses will need to be revised to only come into effect if an administrator is appointed to the customer (in the case of corporate customers) and only to the extent necessary for the secured party to be able to appoint a receiver. Effectively a revival of the old ‘featherweight floating charge’.

It is clear from the Lobux case that it is not sufficient that businesses merely comply with the terms of the PPSA. In many instances the reach of the ACL is far, wide and powerful and if a provision is found void under the ACL it will no longer be available, nor enforceable, under the PPSA.

Accordingly, suppliers, manufacturers and other businesses that use standard form contracts need to review them to determine if their security clauses are compliant and what, if any, changes are needed to ensure that they are not found to be both unfair and unenforceable.

#The author is thankful to Dr Sagi Peari, Senior Lecturer, University of Western Australia, for his helpful comments on this article. 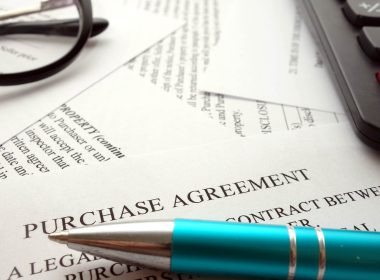 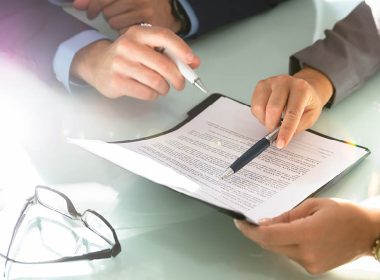