Since criminal cartel offences were introduced in the Competition and Consumer Act 2010 (Cth) (‘CCA’) in July 2009, only two matters have been prosecuted in the Federal Court, each relating to the conduct of a corporation. In both matters, the accused entered an early guilty plea, negating the need for a contested hearing on liability. The Court’s recent decision in Commonwealth Director of Public Prosecutions v Kawasaki Kisen Kaisha Ltd [2019] FCA 1170 (‘K-Line’), gives an indication of how corporations and individuals in criminal cartel proceedings will be sentenced if convicted.

These issues are of current interest given that at least one contested criminal cartel matter, Country Care, is expected to be heard in the Federal Court in the next 12 months. The Country Care matter is not only the first criminal cartel prosecution of an Australian company, but also the first prosecution of individuals. The jury trial that was scheduled for April 2020 has been delayed due to COVID-19 and a new trial date is yet to be fixed. Three other contested criminal cartel matters involving corporations and individuals are currently at the committal stage: ANZ, Citigroup and Deutsche Bank; Vino Money; and the CFMEU.

If any individuals in these matters are convicted, the Federal Court will need to consider the sentencing of individuals for criminal cartel conduct for the first time, including whether custodial sentences should be ordered.

A corporation commits an offence if it makes, or gives effect to, a contract or arrangement, or arrives at an understanding (‘CAU’), and that CAU contains a cartel provision (CCA, ss 45AD, 45AF, 45AG). The requisite fault element for the criminal offence is ‘knowledge or belief’, that is, if the corporation knows or believes that it is entering into a CAU that contains a cartel provision (CCA, ss 45AF, 45AG; Criminal Code cl 5.3).

Individuals who attempt to contravene, aid, abet, counsel, procure or induce a corporation to contravene a cartel offence provision, conspire with others to do so, or are knowingly concerned in a contravention, are taken to have also contravened the cartel prohibition (CCA, s 79(1)).

For corporations, criminal cartel conduct is punishable by a maximum fine per offence not exceeding $10,000,000; or three times the total value of the obtained benefits reasonably attributable to the offence; or, if the benefit cannot be determined, 10 per cent of the turnover of the corporate group for the 12-month period preceding the offence, whichever is the greater. Individuals can be sentenced to up to ten years gaol and/or ordered to pay a fine not exceeding 2,000 penalty units (currently $420,000) (CCA, s 79(1); see also s 4B(2) Crimes Act 1914 (Cth) (‘Crimes Act’).

Section 16A of the Crimes Act sets out the matters to which a court must have regard in sentencing a federal offender. The overarching principle is that a court must impose a sentence of a ‘severity appropriate in all the circumstances of the offence’ (s 16A(1)). The court may have regard to other relevant matters, but must take into account those in s 16A(2), including: the nature and circumstances of the offence; the degree of contrition shown by the defendant; whether the defendant has pleaded guilty or cooperated in the investigation of the offence; the deterrent effect of any penalty; the need to ensure the defendant is adequately punished; and the character and background of the defendant.

Only two criminal cartel matters have reached the sentencing stage in the Federal Court: K-Line and Commonwealth Director of Public Prosecutions v Nippon Yusen Kabushiki Kaisha (2017) 254 FCR 235; [2017] FCA 876 (‘NYK’). Both proceedings arose out of a global cartel in the supply of ocean shipping services for roll-on, roll-off cargo. Each of NYK and K-Line pleaded guilty to one rolled-up charge of giving effect to an arrangement or understanding for the fixing of freight rates in respect of shipping services on routes to Australia. Another proceeding related to this cartel, Wallenius Wilhelmsen Ocean, has been adjourned for sentencing after a guilty plea was entered on 18 June 2020. When sentencing K-Line, Wigney J considered the application of s 16A of the Crimes Act to a corporate defendant. His Honour pointed to factors including the following as weighing in favour of a higher sentence: 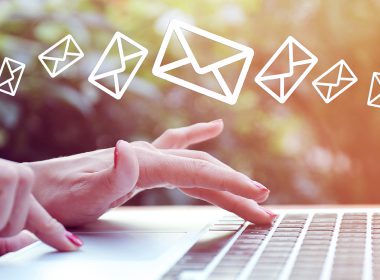